Located just a short drive out of the Chicago city limits, Jake’s Pizza is a great little pizza joint perfect for after a family night out. The Pizza Hound had to stay home because the trip to Jake’s happened on a night out with my great friend Tom. Of course, I need the Hound to to give me instructions on how to get there. Once again, he did not disappoint.

Tom and I decided to check out a Saturday show of the local independent pro wrestling organization PCW at the Franklin Park Legion Hall. So, we headed west out of the city on Grand Avenue. On our way to the event, we could not resist grabbing some classic Chicago hot dogs at Gene & Jude’s, an institution in River Grove since 1946!  Despite a very long line that took up much of the standing room inside, we moved to the registers very quickly. While Tom had a veggie dog, I opted for the classic!

We then headed down the road to the show. The near northwest suburb Franklin Park is located not too far outside the city south of O’Hare Airport. The community of about 18,000 people has a business district that runs along Franklin Avenue, and just to the north on the other side of the railroad tracks on Pacific Avenue is the American Legion Post 974 hall. 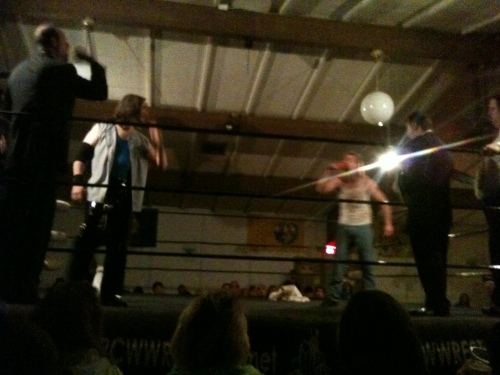 The Butcher, P.L. Myers, and others exchange words and get ready for action.

We arrived just before bell time and found two open seats in otherwise fairly full house. The show, to say the least, was a lot of fun. Family friendly, with lots kids yelling excitedly at the matches. They loved guys like “The Party Animal” Wally Wilde and hated the evil manager P.L. Myers. They even yelled, “You’re scared!” to the cowardly champion, Rion Skillz! We talked to a local fan in the crowd, who was there to his neighbor wrestle, too. During the intermission, all the wrestlers–good guys and bad guys–came out for free photos with the fans, which was really cool. Snacks were available for sale, and if Dad or Mom wanted a beer, a bar area was located in another room. All this made for a fun show for us, and I highly recommend a PCW show for an affordable, memorable night for wrestling fans, young and old.

Tom and me with one of the good guys, Jarod Priest.

After the show, I called in my order to Jake’s for a quick pick-up. We hit Rolling Stones, a classic Chicago music store at Irving Park near Harlem Avenue, quickly perused their stock of thousands of new CDs, and I even bought one. By then, the pizza was ready.

Jake’s occupies a one-story brick storefront along a typical inner ring suburban business strip. The strip itself last for blocks and looks somewhat between a classic main street and a more auto-centric focus of development. There were a couple of other nearby pizza options, but Jake’s was the focus of the night. The storefront was small–though with a relatively large front window–but the inside feels smaller: basically just a small counter for carryout and a small counter with a couple of lonely stools. The kitchen in the back was slightly visible. Service was very friendly. It’s take-out and delivery only (aside from that small counter), and they follow the great tradition of giving you a free pop with your pizza.

Once I got home, I was able to check out the pizza itself, with a little help from the Pizza Hound. It was a classic tavern cut thin crust. Extra large, all pepperoni and half-sausage, and a good price. Like many Chicago pizza joints, Jake’s gives you coupons to collect to get a free pizza.

If you live in the area or are catching a PCW show at the American Legion Hall on a weekend night, Jake’s is no doubt an excellent pizza option. We’ll have to wait to join PCW at Kenootz’s Pizza in Midlothian after the next show… 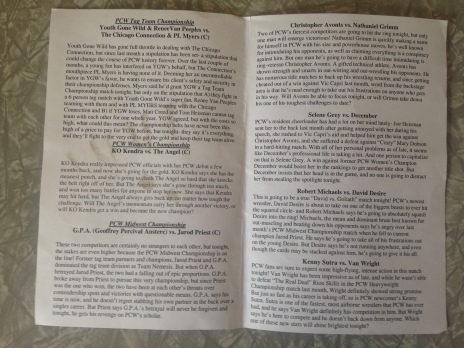 …and it provides an official space on the back for kids (and adults) to get autographs from their favorite stars. How great is that?! And if you have ever dreamed of being a wrestler, PCW can train you! 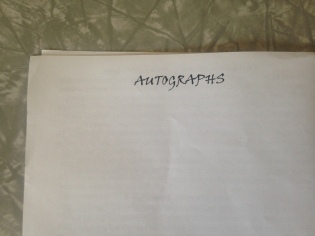 It was great having Tom out on this run, too.  Months later he and his dog would accompany Ernie and me on another pizza run. We made a pretty good team. That’s a story for another time.